We woke up that morning and packed up our things. We took our last vaporetto ride over to the train station. We had already gotten tickets the day before during our grand canal ride and used the mini discount again of course - really a fabulous idea! 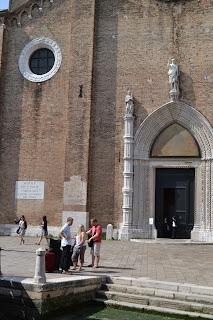 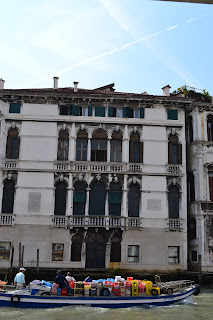 No accidental first class this time... shucks. It was about a 4 hour train ride to Roma Termini. We ate lunch on the train which was just okay but good for convenience. We passed the time by taking naps and playing cards. The 4 of us were able to sit facing each other with a table in between.

We arrived at Roma Termini and walked to the bus station area nearby to take a bus to the Trastevere neighborhood (west of the city center and south of Vatican city). We decided on Trastevere after reading some reviews on VRBO that it was quieter and had a fun neighborhood vibe to it and a friend of mine who lived in Rome for a year said it would be a great place to stay. It was a very short bus ride and then a 10 minute walk with luggage to the apt.

We were near Piazza Di S. Maria down a little side street with little restaurants and shops and apartments upstairs. After hauling our luggage up a couple steep flights, we checked out the place - This apartment was a 2 bed, 2 bath with both of the bedrooms being loft style. Megan and I did some laundry and hung out while the boys went to the grocery. We actually both had that feeling like we were on a rocking boat (you know how after spending time in the ocean later that night you still feel the waves).. maybe it was after-effects of all the vaparetto riding or the train or something.
﻿﻿
﻿﻿
﻿﻿
﻿﻿The rest of these pictures of the apt were taken on the last day so that is why it doesn't seem as tidy and the bed isn't made up


Once they returned we decided on dinner at Dar Poeta pizzeria right in Trastevere. It had been recommended in various research and it was only around the corner. 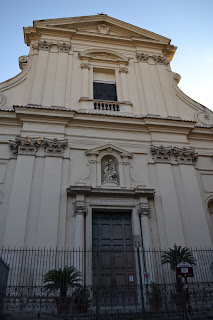 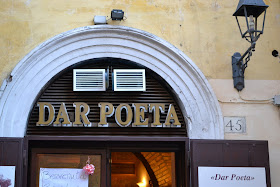 This was probably the best pizza I had so far on our trip. Eric and Keith got some sort of spicy pizza, Megan had potato and tomato, and I had sausage and veggies - a ton of veggies. Delicious! 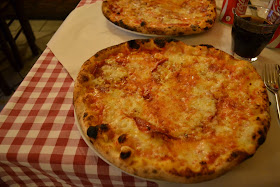 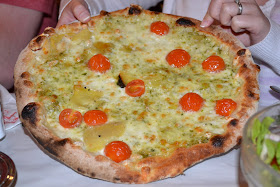 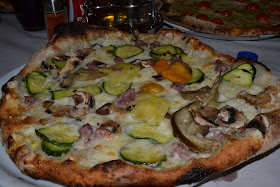 A little later we went for an evening walk around Trastevere and across the bridge. There were a lot of people out and about. 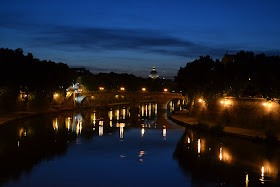 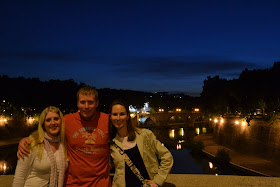 Of course we had to have our first gelato in Rome, so we went to Gelateria alla Scala which was also right by our apt. Score! I had cinnamon (they really should start making cinnamon ice cream in the US) and Eric had tiramisu. 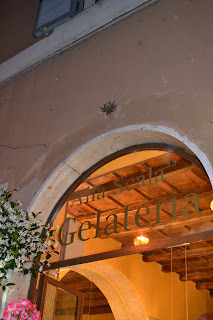 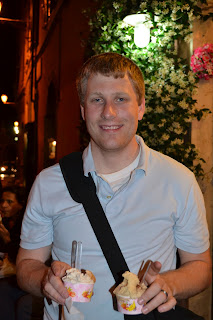 Then we were off to bed in preparation for our first full day in Roma!
at 2:27 PM
Share

I love your comments and will answer all questions. Note I do approve all comments so it may take up to a few hours before your comment will appear. Thanks for understanding!